Liu Fang and Malcolm Goldstein blended their their string instruments: pipa and violin, in the auditorium of the Museum for modern and contemorary arts in Strassbourg. Very beautiful sensations. 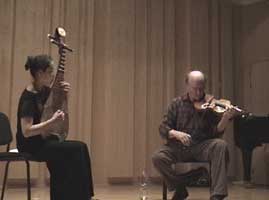 The idea of blending the two arts - the inventive tradition and free play - brought forth a sumptuous beauty in the auditorium of the Museum for modern and contemorary arts, at the same time sparse but also bewitching. Carried away by the digressions of the two artists, who alternstively offered the initiative of passages one to the other, the instruments became restrained and then allowed the flow without fore-sight, as some delicate measures by Liu Fang on the high pitched and subtle strings of her instrument. ...

The evening did not only gave Goldstein the monopoly of inventiveness. The Chinese woman offered a glimpse of the possibilities of the four strings of the pipa, as rich as the oud, allowing for very nervous articulations that found an echo in the play of violonist. The several pieces that were improvised by the two musicians were expressions of pure feelings, with a self-restraint rendered by the minimal amplification of their instruments suitable to the small hall of the auditorium. - Sophian Fanen

(Click here to see the Original article in French.) 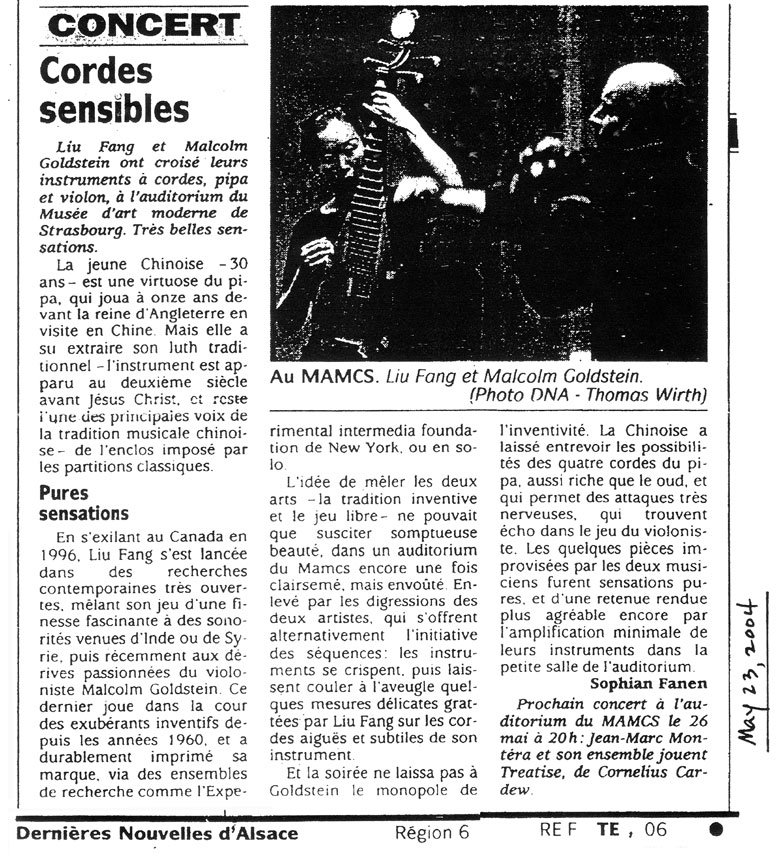